Chronic cystitis is a polyetiological 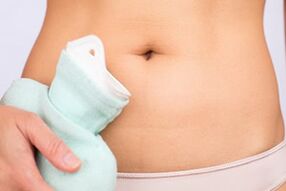 bladder disease arising as a consequence of inflammatory diseases of the genitourinary system, which were not detected in time and began to be treated late.

Constant inflammation of the bladder leads both to a change in its structure and to various functional disorders of this organ. A very important factor in the clinic of chronic cystitis is immunodeficiency of various origins, which contributes to the chronicity of acute cystitis.

Often, chronic cystitis occurs against the background of various bacterial infections of the reproductive system (especially in women). Diagnosis and treatment requires an integrated approach. In some cases, therapy can be conservative, and sometimes surgery is required.

Chronic cystitis, according to the nature of the clinical course, is usually divided into three forms:

In addition, there is a chronic cystitis of the allergic type, which is characterized by the presence of eosinophilic infiltrates.

To prevent the development of chronic cystitis, it is necessary to follow the rules of personal and intimate hygiene, avoid casual sexual intercourse and periodically undergo examinations by a gynecologist or urologist. Only timely diagnosis allows avoiding the chronicity of the pathological process.

Any diseases of the genitourinary system must be treated in a timely manner, following all the prescriptions of the attending physician. This is especially true of various sexually transmitted diseases, since they are often the cause of chronic cystitis.

The causes of chronic cystitis

First of all, it should be noted that chronic cystitis is diagnosed more often in women than in men. This state of affairs is due to the structural features of the genitourinary system. The woman's vagina and anus are located in the immediate vicinity of the urethra, and during intercourse or if basic rules of personal hygiene are not followed, the bacterial microflora easily enters the bladder, where it actively multiplies and causes inflammation. The urethra of a woman is much shorter, and therefore bacteria enter the organs of the urinary system much faster. In men, chronic cystitis is often caused by various diseases of the genitourinary system, which are accompanied by impaired urination or obstruction of some parts of the urinary system (prostate adenoma, strictures of various origins, etc. ).

Thus, chronic cystitis, the treatment of which is often lengthy and rather difficult, requires a number of diagnostic measures that will help establish the exact cause of the pathology.

Sometimes, the symptoms of chronic cystitis significantly impair the patient's quality of life. This applies not only to physical condition, but also psychological. People suffering from various functional disorders in the work of the bladder often become withdrawn, rarely leave the house, etc.

The most severe form of chronic cystitis is interstitial. The pain syndrome constantly accompanies the patient, and if in the onset of the disease the pain can be periodic and not very intense, then over time it becomes constant and unbearable. The pain subsides a little immediately after the act of urination, but gradually increases as the bladder fills.

Diagnostics of the chronic cystitis

The diagnosis of this disease presents some difficulties due to the fact that the symptoms occur periodically, and the clinical picture is blurred. To establish a more accurate diagnosis, patients are prescribed additional examinations from related specialists. For women, an examination by a gynecologist is mandatory, and for men - a rectal examination by a proctologist.

The next stage of the diagnostic examination is laboratory tests. General urine and blood tests, bacteriological studies for the presence of pathological microflora, antibioticogram (a study that allows you to choose antibiotics) should be passed. Both men and women take a swab from the urethra, which can detect various sexually transmitted diseases.

The next stage is the study of functional disorders of the bladder. For this purpose, the patient is prescribed imaging instrumental research methods (ultrasound, uroflowmetry, cystoscopy, cystography, etc. ). These research methods help the doctor get a complete picture of the structural changes that have occurred in the bladder, the nature of the lesion and the violation of basic functions, etc.

If chronic cystitis is suspected, it is necessary to carry out some measures that will help differentiate this disease from neoplasms of various etiologies, both malignant and benign.

First of all, it is worth noting that if you are diagnosed with chronic cystitis, how to treat the disease can only be determined by a qualified doctor after a comprehensive examination of the patient. Self-medication is unacceptable and can lead to irreversible consequences.

The choice of treatment tactics directly depends on what factors caused the development of pathology, on the individual characteristics of the patient and the presence of concomitant pathologies. 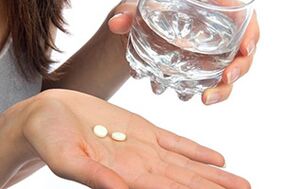 The mainstay of treatment for chronic cystitis is antibiotic therapy. The doctor selects antibiotics on an individual basis, depending on which microorganisms caused the inflammation. If it is not possible to make an antibioticogram, then broad-spectrum antibiotics are prescribed. The duration of such therapy is also very individual, and ranges from 7-10 days to 2-4 weeks.

In parallel, general therapy is carried out, which is aimed at normalizing the functioning of the immune system, restoring hormonal balance and eliminating other factors that contribute to the development of pathology. For this purpose, the patient is prescribed immunomodulators (if there are no contraindications), antihistamines, drugs that improve local blood circulation, antihypoxants and other drugs. Only the correction of the general condition gives the patient a chance for successful treatment of the disease and a full life.

Symptomatic therapy is also used, which is aimed at eliminating pain syndrome. For this purpose, non-steroidal anti-inflammatory drugs are used. If the patient has concomitant diseases of the bladder (urolithiasis, bladder polyps, etc. ), then treatment of these diseases is necessary, up to surgical treatment.

In some cases, doctors may consider flushing the bladder with anti-inflammatory drugs to be topical. Also, the patient should regularly attend physiotherapy procedures that help to normalize blood circulation and strengthen the muscles of the pelvic floor.

With the interstitial form of the disease, chronic cystitis, the symptoms, treatment and signs of which are very different from the manifestations of other forms of pathology, often requires surgical treatment. Preference is given to organ-preserving operations. Also effective are such procedures as laser therapy, electrophoresis with the use of various drugs, electrical stimulation, etc. 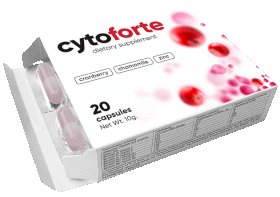